More than 120 participants attended a three-day symposium in South Sudan, organised by the College of Law (COL) and supported by IDLO, to promote awareness of and dialogue on contemporary human rights issues. Discussions focused on the process of reconstructing legal and justice systems in post-conflict societies, including international human rights and national constitutions, government adherence to human rights commitments, and judicial activism in advancing citizens’ rights.

In his opening remarks, Romualdo Mavedzenge, IDLO’s Country Director for South Sudan, presented the goals of the symposium as ensuring that “peace continues and that there is development in South Sudan”.

The symposium was seen as significant for the COL as it re-establishes itself as an institution since its relocation from Khartoum to Juba in 2011. The COL is responsible for educating future justice actors on the new common law, English language system adopted by South Sudan.

Papers presented at the event will be compiled and published for wider circulation and continued debate. Press Release from symposium available here. 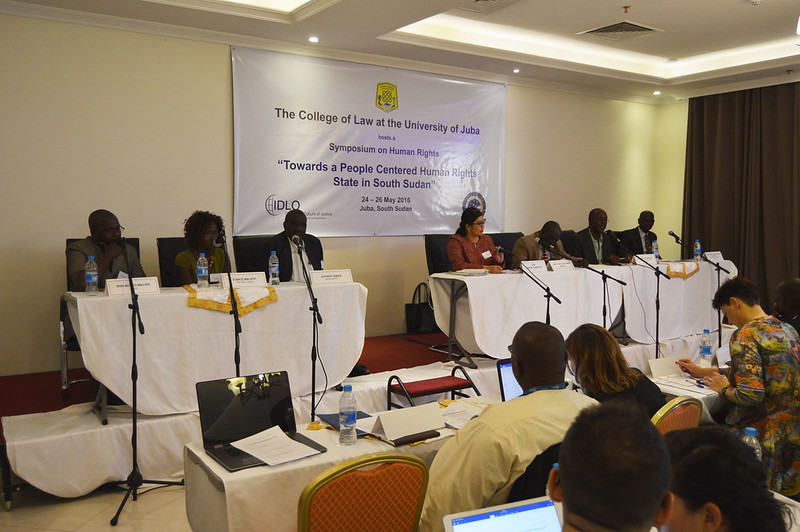 Paralegals promote access to justice at regional forum in...
Highlight